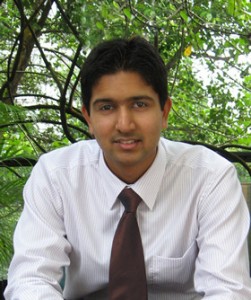 "I joined Four Seasons after completing my Bachelor’s degree in Business Administration, with a major in Hospitality Finance, from Les Roches International School of Hotel Management in Switzerland. My first assignment was with Four Seasons Resort Maldives at Kuda Huraa as a Manager in Training (MIT) in Finance, where I received in-depth training in auditing, cashiering and payroll. After having spent a year in the Maldives, I was transferred to Four Seasons Hotel Singapore to further my training.

Four Seasons has an exceptional reputation of being a world leader in hotel management, so when the opportunity came up, the company’s reputation preceded itself and there was no doubt in my mind that I wanted to be part of it.

The structured nature of the programme allows an MIT to learn by way of various rotations designed to cover all relevant areas of hotel operation. As a newcomer, I gradually realised that I only needed to have the right attitude to grow and determination to succeed.

Huge efforts are also spent on creating an environment which fosters the development of candidates into future managers and proficient leaders. Four Seasons’ work culture, ethics, and goals, which focus on its people, not only nurture my ambitions of a career with global potential, but also allow me to enjoy the journey every step of the way."